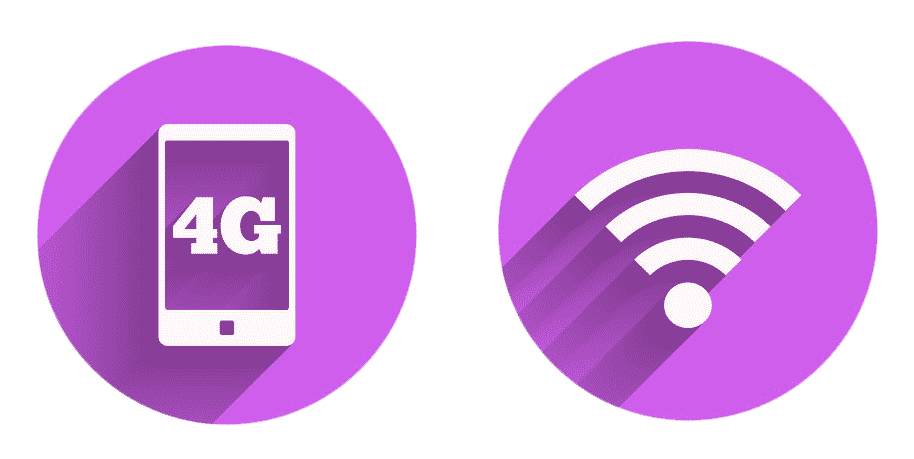 When it comes to a high-performing internet connection, businesses have been debating which provider is better: LTE mobile broadband or WiFi. Both are safe and secure options, but which one is a better choice for small and large companies that require the use of technology and IoT-enabled devices.

To help you decide better, we have listed the differences LTE mobile broadband and WiFi in this article.

What Is LTE Mobile Broadband

LTE stands for Long Term Evolution, which is an improved network technology that is now replacing the older generation of a cellular network called 2G – GSM.

Simply put, LTE mobile broadband is the high-speed data connection that is offered by mobile phone companies and ISPs (Internet Service Providers) for getting a high-speed internet connection on your mobile device.

One of the main features of the LTE mobile broadband is that it provides faster data speed than the 2G, since it features a wider spectrum.

You can connect to a network using WiFi through the router. It gives you a wireless connection to a wireless network from any electronic device that has wireless capabilities. The device used for connecting can be a laptop, a mobile phone, or a tablet.

However, since it uses a wireless connection, there is a limit to the data transfer rate and range of WiFi.

Which Is More Suitable, LTE or WiFi

Which of these two is better for you depends on the type of internet connection that you need.

This one is easily answered because LTE mobile broadband is more secure, especially for large companies.

For one, WiFi is more susceptible to cybercrime than LTE mobile broadband. That’s because the latter has more advanced firewall protection than the former.

However, when you use your smartphone’s WiFi to connect to the internet, it will go through the WiFi router and then the internet connection. That is why it is more prone to hacking.

WiFi works in any location, unlike LTE mobile broadband. That may be a good thing for small businesses, but for large companies, it is not so good.

The reason for that is that WiFi does not have very good coverage when compared to the former. That is why WiFi works best for individual use.

But if you have a lot of people in a company who are traveling all over the world, you will find it hard to connect to WiFi as it does not have wide coverage.

WiFi is often limited by the WiFi router’s capacity. However, the LTE mobile broadband is not limited by the same thing. This is because the former is subscribed to a fixed bandwidth while the latter is not.

The bandwidth provided by the internet service provider varies depending on the plan that you are using. The amount that you pay is dependent on the speed of your internet connection, and how much data you can transfer.

So, if you are planning to use a WiFi connection that will be shared by everyone in your company, the bandwidth is limited by the router’s capacity, so there is a limit to the maximum of users who can connect to it.

In the end, the decision on which kind of internet connection you need for your company is up to you. It depends on what you need to do and the type of business that you have. Fetch Wireless delivers versatility and high-speed wireless internet to businesses based on 4G LTE Technology. Let us help take your business to the next level by providing you with the fastest internet connection. Talk to us today to get started!