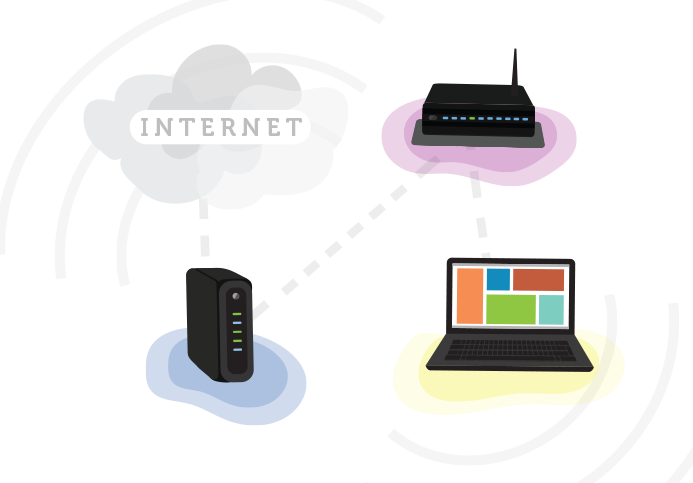 People that live in the country, understandably, often wonder how rural areas end up with wireless internet that brings on broadband coverage. Wireless internet is one of the quietest developments in the world of broadband, but millions and millions of people now rely on it.

Wireless Internet: How Does It Work?

It may seem strange to consider “wireless internet” a quiet development, especially since satellite internet, 4G, and Wi-Fi. So how is it quiet and somewhat unfamiliar? The previously mentioned technologies are “wireless internet,” but this blog covers a particular type. It’s the technology used when 4G, satellite, and fiber optic internet is not feasible.

Rural communities still need to keep up with the modern world somehow, and the internet is the best way to do that. This becomes possible as the internet gets “beamed” to these rural areas by towers. A router will send and receive signals meant for a dedicated wireless internet tower. WISPs (wireless internet service providers) manage those towers, which are strategically set specifically for rural area coverage.

Have you ever used a mobile Wi-Fi hotspot that’s portable? Of course you have. In that case, you’re well aware as to how a wireless connection works. A router gets Wi-Fi signals from devices and beams the data to a mobile network. Wireless internet works a lot like that, except the towers are used in place of 4G.

Wireless Broadband: How Does It Work?

When a company gets a community wired up to wireless internet, it gets towers set up in areas around the town, specifically the elevated ones. Data is then transmitted and received from both businesses and customers that use it.

The tower then has to get linked to the internet. Towns that aren’t wholly rural could make use of a fiber-optic cable on the tower. That’s a far more affordable and convenient option than the whole town getting wired. In cases when the tower can’t get wired, data can be transmitted to a different down nearby. The towers will then pass internet signals along up until it gets to the WISP.

To set up web access, customers first have equipment installed at their home. They can achieve this in a variety of ways. Some customers can use a long-range router for their connection if the tower is close enough, but if it’s too far away, they’ll have to mount a receiver to the outside of the house.

That’s “fixed wireless internet,” which gets its name from the way data is transmitted from a pair of fixed locations. Both houses and office buildings alike don’t really move, which means the internet antenna that gets mounted ends up set in their places as is.

Another way of referring to the internet connection is “RF internet” or “radio frequency internet.” This is because it relies on radio waves for signals to be sent and received.

Need wireless internet for rural areas? Contact Fetch Wireless today! We’ve partnered with the largest 4G LTE carriers to deliver internet to even the most rural of places.